Regionalized comparison of Canadian and European pulse production and transportation

Regionalized comparison of Canadian and European pulse production and transportation

Pulses are an increasingly popular source of plant-based protein [1]. Canada is one of the leading producers and exporters of pulses [2], and Canadian pulse production has relatively low environmental impacts [3]. This study uses LCA to compare the impacts of peas and lentils produced in the pulse-producing regions of Canada and exported to Europe to those produced locally in Europe. LCIs for Canadian pea and lentil production were collected from over 600 farms [3] to create models at the national, provincial, and ecozone (regions defined based on soil and climate parameters) levels. For European pea and lentil production, LCI data from ecoinvent were given priority since they are methodologically consistent with the Canadian data. Databases such as Agri-footprint and Agribalyse were also consulted, as well as LCA studies from the literature (e.g., [4-5]). All data were re-modelled using methodologically consistent modelling practices. Data for the transportation of Canadian peas and
lentils to relevant regions in Europe were included, to compare the impacts of Canadian imports with peas and lentils produced locally in Europe, and to assess the significance of transportation to the overall impacts. There are significant differences in the cradle-to-farm gate impacts of pulse production in Canada compared to Europe. One of the main contributors to these differences are the higher estimates of nitrous oxide emissions in Europe. Preliminary results show that the transportation of pulses from Canada to Europe contributes a large proportion of the cradle-to-market life cycle greenhouse gas emissions due to the long transportation distances and relatively low impacts of Canadian pulse growing. Despite these relatively significant transportation impacts, importing Canadian pulses to Europe may still have lower impacts than local European pulse production, depending on the types and distances of transportation.
The Canadian average models were also compared with the provincial and ecozone models to assess the influence of regional differences in production on the LCA results. Within Canada, there is also non-trivial variability in environmental impacts between the different pulse-growing regions. However, these differences in production are small compared to the overall impacts of production and transportation. The results of this research can be used to make suggestions to consumers and stakeholders around the sustainability of the different Canadian and European options for pea and lentil products, as well as potential hot-spots, or areas for improvement along the supply chain. 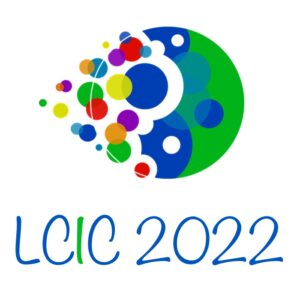 Today we are thrilled to share with you our conference summary video from #LCIC2022 :) You can check it out here and learn more about our conference: https://www.youtube.com/watch?v=HUeoWxT4gLI&list=PLygH_nlIAq7Yp6Y1Xql5uWBjPBfTYNPSZ&index=1 #lca #lifecycthinking #conference #communityfeedback

Happy to report that all edited recordings and presentations from the 1st day of our conference are now available for LCIC 2022 participants :) We will add more recordings step by step and then make them also available for those who could not participate during our live event!