FSLCI elects new Board of Directors

We are happy to be able to inform you that the members of the FSLCI recently elected a new Board of Directors. Members of the Board are elected for a two-year term and can only be re-elected once. During the last General Assembly, which took place on the 4th of September during the Life Cycle Management Conference (LCM) 2017 in Luxembourg, our members decided to enlarge the number of available seats on the Board of Directors to a total of nine. The following members have been (re)elected to serve for the next two years on our Board:

In addition, Bill Flanagan, Pia Wiche and Yuki Kabe – who were voted into office during the previous General Assembly in 2016 – will remain on the Board as well as Philippe Osset, who is representing ISO TC 207/SC5 in the Board. During the first meeting of the new Board, Martina Prox and Anne-Marie Boulay were re-elected to continue in their roles as President and Vice-President of the Board. The Board also reappointed the Executive Committee for another two years, composed out of Jim Fava, Guido Sonnemann and Philip Strothmann. 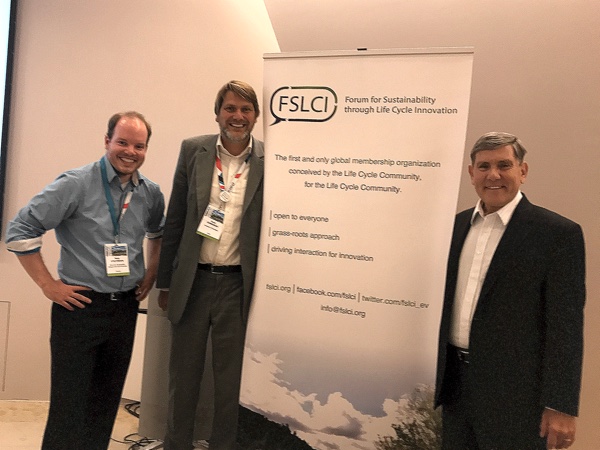 We look forward to work collectively to advance the vision and mission of the FSLCI.