He holds a doctorate in law from the University of Graz/Austria and is a graduate of the Diplomatic Academy of Vienna/Austria. After having worked for the United Nations Development Programme (UNDP), the Austrian Ministry of Foreign Affairs and the Organisation for Security and Cooperation in Europe (OSCE) in Vienna, he has since 1998 held several positions as head of unit in the DGs for External Relations, Development and Environment of the European Commission.

He is currently head of unit for “Sustainable Production, Products and Consumption” in the Directorate for “Circular Economy and Green Growth” of DG Environment of the European Commission. In that capacity, he is responsible for coordinating the implementation of the EU Circular Economy Action Plan. This includes the preparation and implementation of EU policies and instruments supporting the transition to a circular economy, such as inter alia EMAS, the European Eco-label, Green Public Procurement, the European plastics strategy and the follow up to the pilot project on the environmental footprint of products and organisations (PEF/OEF).

Joerg Walden is Chief Executive Officer and Co-founder of iPoint-systems, a leading provider of software and consulting for sustainable products, value chains, and brands. He draws on 30 years of technology industry leadership, software development expertise, and executive management experience. At iPoint, Joerg is responsible for the business strategy, product strategy, and innovation management. Since its founding in 2001 as a small automotive-focused company, he has transformed iPoint into a multinational, globally operating market leader with a clientele of tens of thousands of companies from various industry sectors.

Joerg places great value upon an open, continuous culture of innovation, a high degree of customer focus, a global partner network, and the monitoring of relevant standards and trends in order to provide solutions that are always one step ahead. He is driven by the vision of how today’s solutions can contribute to securing a sustainable world for future generations. Joerg’s commitment is frequently recognized and honoured, including the designation as Gartner Cool Vendor in Green IT and Sustainability (2012), the Verdantix Smart Innovators Badge for Product Stewardship Solutions (2015), the TOP Innovator of the Year award (2016), the recognition as one of Germany’s 100 top innovators and visionaries by the leading German business newspaper Handelsblatt (2017), and the Verdantix EH&S Innovation Award (2017). Joerg holds a civil engineering degree in automation from Reutlingen University.

Peter Kershaw is an independent consultant in the field of marine environmental protection, based in the UK. He splits his time between consultancy and working within the United Nations and related bodies, largely on a pro bono basis. This follows a career of over 30 years as a research scientist at a UK government research institute, located in Lowestoft on the North Sea coast. He started to develop a particular interest in the issue of marine plastic litter and microplastics in 2008, and since has taken part in a number of international and multidisciplinary assessments of the sources, fate and effects of plastics, and associated contaminants, in the ocean, published in 2015, 2016 and 2017. He is the author of several reports on the topic for UN agencies, including a 2015 study on ‘biodegradable’ plastics, the 2016 report on marine plastics for the 2ndUN Environment Assembly and, most recently, a study exploring alternatives to conventional single-use plastics.

These studies on marine litter have helped to convince him of the need to consider all aspects of the production, use and post-use/end-of-life stages in the life cycle analysis of the plastics economy, and the need to apply a similar approach when considering possible alternatives to conventional polymers. Currently, he has a 3-year, part-time position supporting the EC DGENV in its Environmental Diplomacy with regard to the circular economy, resource efficiency and marine litter, in the context of the G7 and G20 process. He is Chair of GESAMP, a UN advisory body that covers a wide range of marine environmental issues. 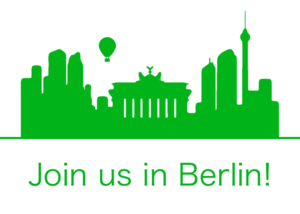 Join us at #LCIC2022 in Berlin to exchange about research of #lifecycle assessment. We @BASF are looking forward to discussions about solutions for #circulareconomy. Learn more: https://fslci.org/lcic-abstract/lca-of-circular-systems-use-case-chemical-recycling/
#lca #circulareconomy #netzero #lifecyclethinking
+++ Sponsored Tweet +++ 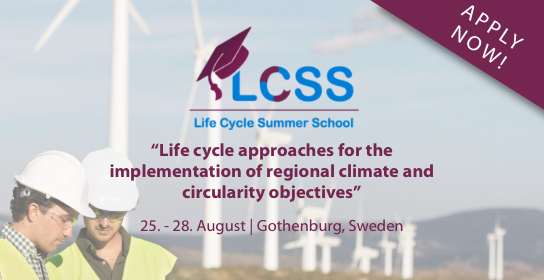